Search Our Site
Or go back to browsing..
Popular Search Terms
Design stylesCondo

How To Style Your Home According To Your Chinese Zodiac 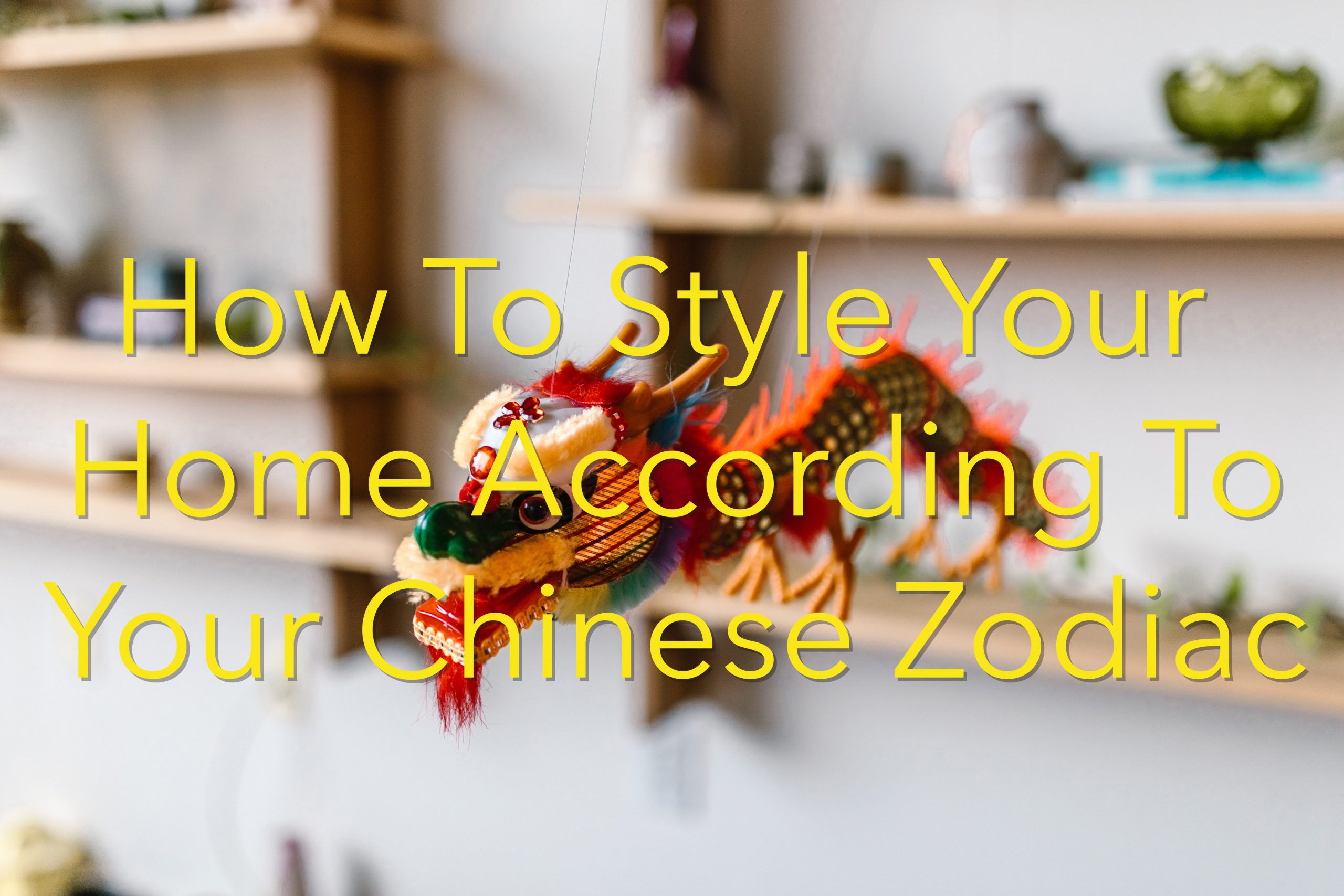 This week we introduce a special article for our ongoing series on accommodating feng shui with interior design.

We roamed through the guides for the perfect summary on how all homeowners can combine their renovation with their Chinese zodiacs, to create a better home environment.

Chinese zodiac is determined by the birth year, a pseudoscientific classification scheme based on the lunar new year.

It identifies various attributes that will associate with oneself, as well as the circumstances that will measure with their lives.

These interior design tips will reference these attributes and thus help fill up the gaps or misfortune that the specific zodiacs might attract.

Conceptualizing the amalgamation of feng shui with the zodiacs, we have to interject with the theories of the yin yang as well as the five elements.

This is because it is vital to achieve balanced forces and optimize what is best for you.

Do take a look at our previous articles that explains such theories and involvements.

For the Rats, a water element is imperative in achieving a prosperous new year.

Consider adding a water element due north, such as a goldfish bowl or even a water sculpture that can help facilitate the flow of the positive energy.

A circular form would be best in the position of a Rat, thus circular furniture or open space  would be great.

Rats are highly charged on yang energy, thus formulas like flowers and metallic gold would help complement it really well.

Consider lilies in pretty colours, accompanied with usage of earth and metallic gold tones, but never any actual earthy material in sight.

The poetic tenderness of lilies can be accompanied with glass or mirror-like material, a metaphor for still glistening water.

It is all fine if the designs are intricate like Victorian sets, but always ensuring that there is a well flowing space that does not block the train of thought of the ever moving Rat.

With the year of the Ox coming to an end, most Oxen would rejoice as they exit their Fan Tai Sui. Oxen are associated with earthy and rustic elements, looked upon as an emblem of traditional and conservative sceneries.

The Ox however is tied to the yin energy as well as the season of winter.

Do avoid having white paint as it is an unlucky colour, and often representative of the spring.

In turn, pull out paintings of tundra or snow, as extravagant as it sounds for a tropical country like Singapore, Oxens are still traditional and don't require anything flashy.

Memory- heavy furniture is pleasant, such as generational items such as older objects passed down by the ancestors.

Avoid having wood, instead go for earthy material like rocks, crystals and even glass.

This however depends on the type of room they are located in as certain spots like the bathroom that is water heavy can be counterproductively dried out by earth elements.

This year is the Zodiac year of the tiger, another form that is heavily associated with the vitality of the natural surroundings.

Tigers are borne of yang energy, thus they require things that are bright, colourful and geometrically sharp styles.

Their vitality also results in a sense of adventure that offshoots into unpredictability, giving rise to beautifully individualised designs.

Avoid black when designing for the home for a tiger as they hate heavy handed atmosphere, instead go towards the vibrancy of lush greeneries.

Rightfully so, wood crafted furniture would be best as they derive from the earth, but avoid metal for its clashing tonality.

In short, when it comes to the Tigers, it is best to exaggerate all senses, such as scents, visuals and even physicality.

This can be done so by adding florals, candles, paintings, and even convenient flow of space that would not affect the Tigers activities.

The lovely Rabbit comes next with its positive imagery, commonly associated with the wood elements and yin energy.

With both these zodiacs representing wood, metal is a counterattack to the foundation and should be avoided.

The Rabbit also enjoys the energising play of colours, of which brown, white and yellow should be avoided for its jinxing effect.

Although it is good to note that within the brightness, there should also be a sense of delicate calmness that the

If any aesthetic form seems aggressive or highly charged, avoid it at all cost. As a guide, think of fresh lemons and cut grass as the ideal vibe that you would want.

The Dragon is a fabled almighty creature on the next point, commonly associated with relentless ambition and supernatural dominance.

They are also descendants of the earth elements, although highly charged with the yang energy.

Their vibrancy can be associated with the spring and summer aesthetics, albeit on the harsher details of earthen based materials like brick and clay.

Dragons on the other hand appreciate the shiny tactility of metals, thus loving gold and silver as a decorative motif.

This would mean that wood jinxes the metal and should be avoided.

Although green and blue are common identifiers of cartoon dragons, do only focus on yellow, orange, red and pink when it comes to interior design for Dragons. Dragons are thought of as highly powerful creatures, and thus powerful images should be drawn out into the designs.

This means that smart homes, open planned spaces, or even the intricacy of luxurious collections should be displayed as if your life depended on it.

The Snake is one of the first zodiacs who appreciate the stillness of an enigmatic setting, always seen in solitude in the shadows of privacy.

This is a contrast to the fire element of their characteristics, combined with a high amount of yin energy.

This means that most of the Snake’s home can be quite intensely furnished with counter parts that can be seen as overwhelming.

Snakes are visually colourful and that can be an identifier of their favourite hues too, such as red, yellow and black.   This can be accompanied with stripes, egg shaped or geometrical patterns.

A flatter, extended surface should be combined with that, as it will provide a stronger yang energy composite.

With that said, plenty of space is good, but they also appreciate a well hidden space for privacy as well.

The Horse can be described as the polar opposite of the Snake, although tied to the fire element and a definitive of the yang energy embodiment- it is the obvious counterpart of the Snake considering their rivalry through fables.

Unlike the Snake, the Horse would not be as appreciative of a  heavier aesthetic, instead opt for a vibrant and spacious environment.

The Horse would rather have colourful palettes instead of neutral sets, even though you would think the commonly beige and monochrome Horse would not like a bright hue.

As mentioned, the Horse is highly yang charged, and thus would prefer features that exaggerate that.

This includes the elements of wood, fire and earth, opting for design features that are modern and sharp, distinctively piercing within a field of vision.

The Goat is commonly associated with kindness and benevolence and their homes are a derivative of such characteristics.

Like many of its counterparts, it is appreciative of the earthly elements and summer aesthetics, it does surprise itself with the need to comfort others.

It is thought that the earth element is mostly balanced since it borrows the yin and yang energy most conveniently.

It is good to note that the Goat is predominantly yin energy as well.

As a home, the Goat requires a communal home that is welcoming for everyone, this means bright and vibrant colours that look inviting.

Green, red and purple are the most luckiest for the Goats, with follow up visuals like emerald and primroses as positive embodiments of that.

As far as possible, the Goat’s home should be balanced and for most parts welcome the combination of wood and metal, although of varying intensities and balance.

This means that it's optimal to have a piece of everything for a Goat’s home, such as a blend of accent walls, or even seating arrangements or decoratifs.

The Monkey is the titular representative of the autumn season, heavily associated with yang energy, as well as the metal element.

Although autumn leads to the paleness of winter, the Monkey still appreciates a bright orchestra of colours as it desires vibrant imagery.

This applies to the usage of metallic elements within the home as well.

In this case, that means that fire and wood would be corrosive towards the Monkey, thus requiring an obvious avoidance of sharp motifs.

The Monkey is known to be a goofy embodiment in Chinese culture, and thus the home that comes along with it should be light hearted with an acceptance towards absurdist designs.

This means witty art and funny quotes are a-okay.

Even though they are tied down to autumn, their aesthetic actually lean towards a futuristic theme, appreciating the gleam of metallics and shiny forms.

As much as amusing goes, do avoid red, black, gray and brown for colours since they would jinx the Monkey.

The Chicken is also another zodiac that is heavily associated with the autumn season, thus having a strong affinity like the Monkey towards the metal element.

The Chicken however has a tie towards yin energy, compared to the Monkey.

On the opposite end of the spectrum, the Chicken has a dark aesthetic that is more melancholic than the vibrancy that the Monkey prefers.

This in turn results in a straightforward and serious environment, even though both zodiacs are birthed from the autumn aesthetic.

The Chicken prefers the glistening of gold and yellow metals, although bronze and silver might not be too far off.

This indirectly leads to a favor for hues within that spectrum, denying that of spring colours like green and white.

The affinity to metal also means that they hate wood and fire, thus veering away from sharp and bright visuals.

Running towards the end of the Zodiac lineup, we have the Dog that is an emblem of the earth element that projects yang energy.

It is the sentiment of the other two predecessors, representing the autumn season.

As far as aesthetics go, the Dog has similar preferences of the Goat, which are energetic and friendly, communal spaces- it is usually a harmonious household under the guidance of the Dog’s design themes.

Vibrant colours are widely accepted like its Monkey counterpart, with specific focus on green, red and purple as their favourite.

As much as possible, cultivate a positive space that nurtures harmony and activity for the home of the Dog, make it as lively as possible.

The last of the series concludes with the Pig, which is a familiar Zodiac that is seen with the water element, as well as yin energy heavy. As the caricature of Chinese fables would describe the Pig, it would be decadence and relaxation- which in turn perfectly describes the home of the Pig.

The Pig has a strong affinity with yellow, gray and brown, all of which plays well into the aspects of power and socialization that the Pig enjoys.

It is good to note that red and blue are unlucky colours for the Pigs.

The combination of yin energy and water element results in a fondness for rounded forms and softer edges, a general intolerance for anything too harsh.

Shiny things, however, are mostly celebrated.

Need help with your home renovation? Get professional advice from us today!
Simply fill up the form below and we will get in touch with you within 1 working day.
Table of Contents
Primary Item (H2)Sub Item 1 (H3)Sub Item 2 (H4)
Sub Item 3 (H5)
Sub Item 4 (H6) 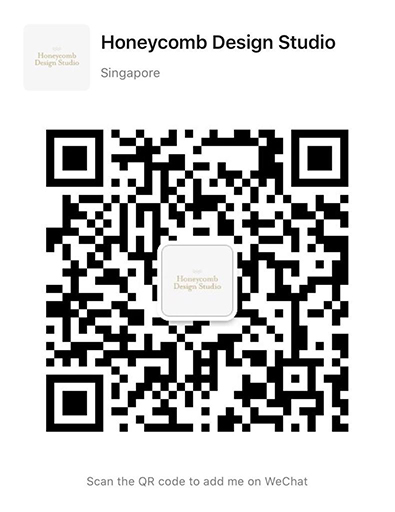